El Salvador has been a major coffee producing country for generations. It's unlikely that you'd be able to find a reputable coffee estate without 3-4 generations of experience to draw upon. Anny Ruth Pimentel owns one such farm, Finca Loma La Gloria, in the La Libertad region of El Salvador. San Salvador, El Salvador's capital, rests on the southwestern side of the Quezaltpeque volcano, also known as El Boqueron. Finca Loma La Gloria rests among the volcano's slopes as well. 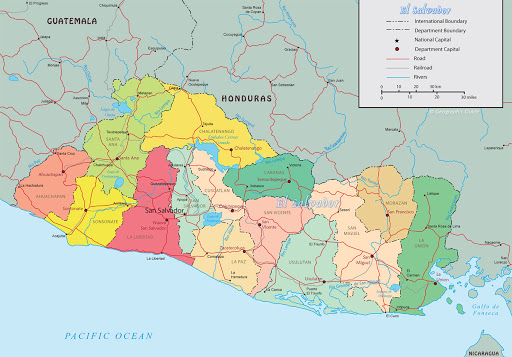 That red bit there is the La Libertad Region

Anny Ruth's operation has continued to uphold conventional coffee producing, growing traditional varieties like Pacamara and Bourbon (pronounced burr-bone). However, they do not shy away from modern innovations, techniques, and concerns. For instance, processing coffee requires a lot of clean water. Most coffees out there are washed processed, stripping the cherry fruit from the bean and then allowing the bean to dry. Instead, this conscientious grower uses recycled water to sort through the cherries. By allowing the underripe cherries to float to the top, the sorting process causes less damage to the precious coffee cherries. Then, when most other coffees are getting washed processed, using tons of water, Finca Loma will either dry process or honey process their coffee cherries instead, drying the cherries on specialized patios or raised beds. 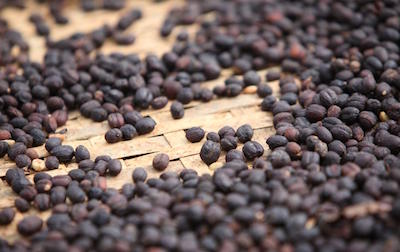 Click here to learn more about how coffee cherries are
processed and what that means to the cup you drink.

But Anny Ruth's passion for running a tight ship doesn't stop there. Every lot of every harvest can be traced to its specific section of the estate from which it was grown. She even has a cupping lab where every lot is tasted before they mill the coffee. 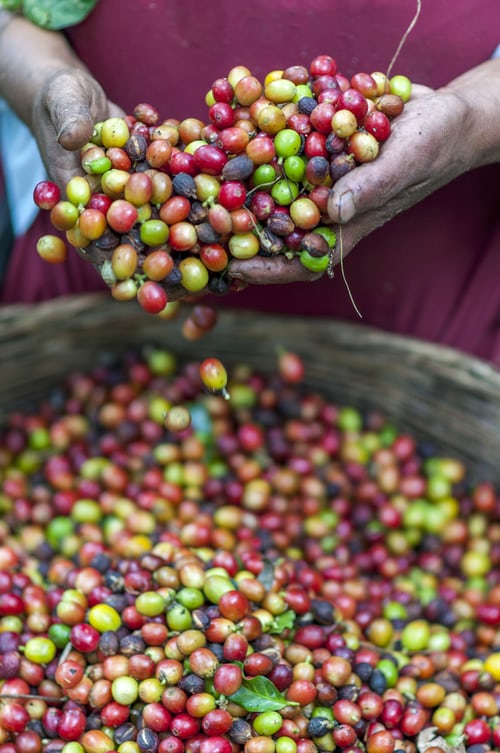 Photo by Rodrigo Flores on Unsplash

One of these fine examples has made it all the way to Addison, Texas. El Salvador Las Urracas Natural Red Bourbon is shade-grown between 1500-1600 meters above sea level. Roasted to Full-City Medium, this coffee is a full dried/natural process coffee, retaining delectable passionfruit and dried apricot undertones, but with a clean, bright finish.